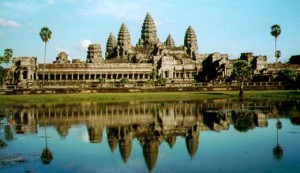 There are few places anywhere on earth to match the splendor of Angkor Wat that is one of the largest monuments to religion ever built and is truly one the wonders of the world.
Believed to have been constructed as a temple and mausoleum for King Suryavarman II at the peak of the Khmer empire in the first half of the 12th century, Angkor Wat is probably the best-preserved of the Angkorean temples. As with other Angkorean temples and walled cities such as Angkor Thom, the central theme of Khmer architecture revolved around the idea of the temple-mountain. By the time building on Angkor Wat was begun early in the 12th century, this had been elaborated to a central tower surrounded by four smaller towers. The central monument represents the mythical Mount Meru, the holy mountain at the centre of the universe, which was home to the Hindu god Vishnu. The five towers symbolise Mount Meru’s five peaks.
Posted by Cambodia Info at 12:48 AM 7 comments:

Email ThisBlogThis!Share to TwitterShare to FacebookShare to Pinterest
Labels: Angkor Wat Temple - A Wonder in Cambodia 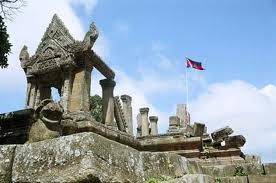 The report in January - Preah Vihear Temple (Prasat Preah Vihear) Is a Hindu temple situated atop 525-meter cliff in the Dangrek Mountains in the Preah Vihear Province. In 1962 the International Court of Justice in the Hague ruled that it belonged to Cambodia. The temple gives the name to local province Preah Vihear, in which is located. On July 7, 2008, Preah Vihear was listed as a UNESCO World Heritage Site. 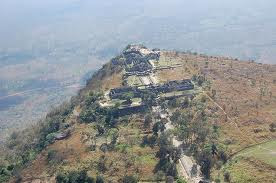 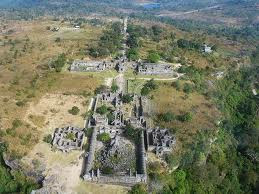